Recent;y we’ve been falling because of the new army, SS. So many troops are leaving for that army. I regret cancelling the invasion, but this post isn’t suppose to be about SS. It’s suppose to be for Chaos.

I know that Chaos would die someday, but I never thought it would be like this. The reopening of SS has take a bigger hit then I’d imagine. I wanted Chaos to live up to the point of Cpnext but that is most likely not gonna happen. This is the smallest Chaos has been since the Romans war. What sucks is, we are getting even smaller.

If chaos will die, the date I want it to be it to be 1/06/14.  Also known as, one year after our first CPAC top ten. That was also my first week is a leader. If we are maxing less that 8 by that date,  then Chaos might shut down. It’s the last thing I wanted to happen, but it might. 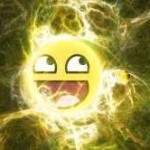